How To Get Bigger Clouds From Your Vaporesso Target Pro

Produce bigger vape clouds for your Insta or Snapchat stories, or for your Duby session. It’s possible to learn right here, right now. And we’re going to show you how with one of our bestselling vape units, the Vaporesso Target Pro. With a little technique and more vapor production, you’ll be able to blow the kinds of enormous vapor clouds that get more likes on social media. Bigger vape clouds are easy if you know how. 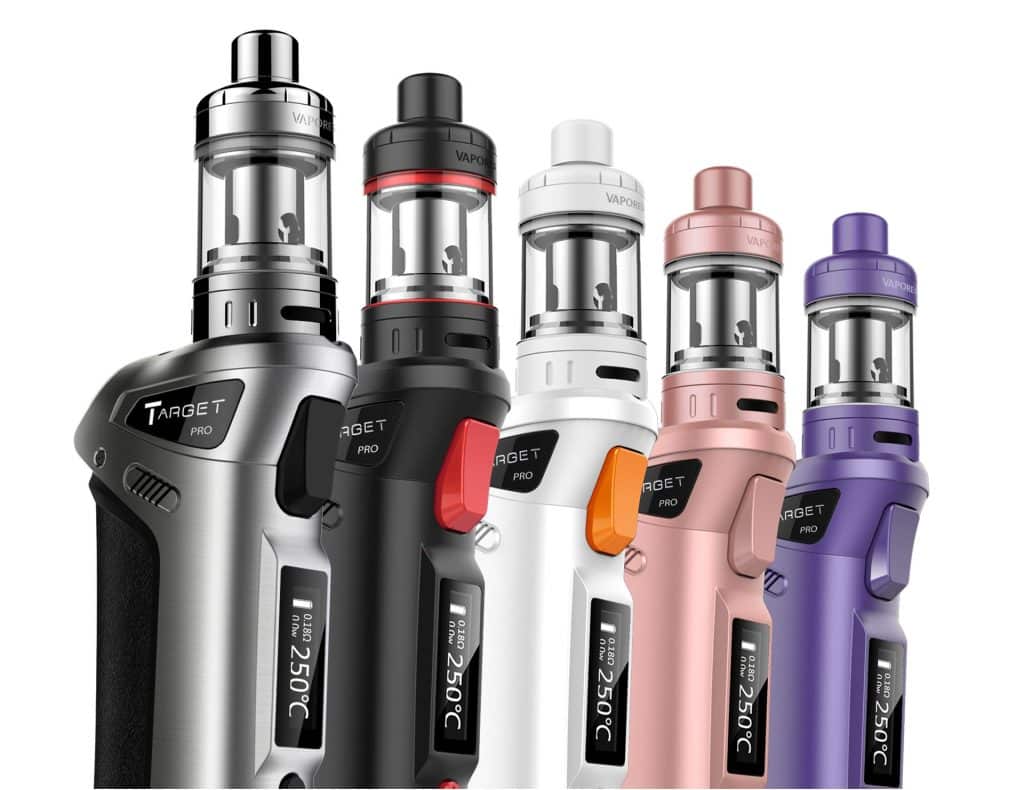 Bigger cloud production certainly isn’t all about the device because with the right technique you can be pushing out pro-level clouds. The right technique involves the perfect combination of inhaling, exhaling, and body posture. Watch this video to get an idea of how nearly the whole body is used to inhale and exhale each time and what a massive, opaque cloud the technique creates.
1. Exhale to empty your lungs completely of air. Fold your chest toward your thighs to squeeze as much of the air from the lungs as possible—like a sponge!
2. Blow the last little remaining air into your Vaporesso Target Pro so that you can see the vapor escape the air vents. When you inhale through your device, the vapor production will be kick-started.
3. Inhale as much as you can as you uncurl your body and straighten your back out to help stretch your lungs out to open them up.
4. Exhale steadily while you push your jaw out slightly to open up so that vapor can easily escape.
5. Tighten your lips when you feel you are almost out of the air, which will trigger the last shot of air to cause the released vapor to explode into a huge cloud.

Use any of the following methods to pump up your Vaporesso Target Pro’s vapor creation and puff bigger clouds.

Increasing the power of your device by vaping with a coil that has a resistance lower than one ohm. This is called sub-ohm vaping and you may have seen cloud chasers like this guy doing it with big, cloudy effects. By reducing the resistance of the coil, more power passes through the circuit which helps to vaporize liquid at a much quicker rate. It doesn’t create more vapor but it allows you to receive that vapor quicker than if you were to vaporize the same amount of e-liquid with less power.

Increase the airflow to allow more fresh air to come in and cools the temperature of the vapor, now that you’ve increased the power of the unit price of tamiflu. The good news is that this action also increases the size of the vapor cloud. By increasing the flow of air on your Vaporesso Target Pro’s atomizer, more air will be able to travel over your coils to help it produce vapor at a much quicker pace.

The e-juice you use also influences the size of your clouds. Most e-liquids are a blend between the PG, which provides the flavor and throat hit, while the VG provides the vapor. Therefore, the higher the VG, the bigger the clouds. 100% VG liquids are available but just don’t taste great.