Health effects of vaping—how safe is it?

Is vaping dangerous? Some claim it’s the chemical cocktail in the e-liquid and other say it’s the exploding batteries. But what is the reality, and do the risks of vaping outweigh the pleasures? What we want readers to remember is that the vast majority of regular users of vapour products are ex-smokers or current smokers, and nothing compares to the health risks of setting something on fire and then inhaling the smoke. So, while vaping does not have positive health benefits alone, it does compare favourably to a cigarette alternative. 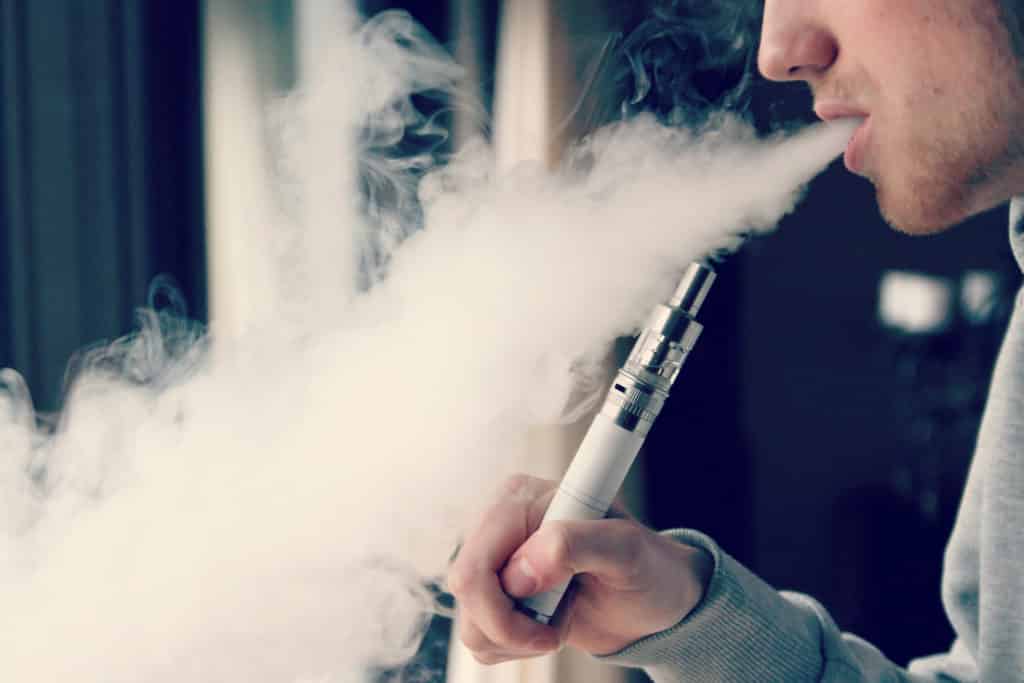 Popcorn lung, or bronchiolitis obliterans, got its name because it caused severe lung damage to several workers at a Missouri microwave popcorn factory at the end of the last millennium. The common ingredient is Diacetyl, which is used in the flavouring of e-liquids and causes horrific and irreversible harm that then requires a lung transplant. Cigarettes contain diacetyl too, and at much higher levels than e-liquid.

Some say that the biggest vaping health risk is the chemical flavourings contained in the e-liquid. While diacetyl is the most famous, there are lots of other additives that may be risks for inhaling. In addition to the distinct chemical ingredients like propylene glycol (PG), vegetable glycerine (VG), and nicotine, e-liquid usually contains food flavourings, which are “generally recognised as safe” (GRAS) by the FDA.

PG and VG (vaping glycols) are from the alcohol family are sometimes referred to as sugar alcohols. They also frequently used in fog machines in clubs and concerts. So, what does long-term daily inhalation of PG and VG mean? Neither substance is toxic to ingest, but more importantly, there is no anti-freeze (as some anti-vapers claim) in either substance. There isn’t a lot of indisputable evidence, but they certainly aren’t designed to be inhaled hundreds of times a day. The best advice for vapers who are concerned about inhaling PG or VG is to use a higher nicotine level and vape less often.

We all drink, breath in and consume chemicals (and carcinogens) all day but most of them don’t affect you. While most studies show some short-term effects of vaping on the human (and animal) physical functions, long-term problems have yet to be conclusively studied. Vaping, for some, is an alternative to cigarettes (the deadliest consumer product ever made) and should be treated as such when considering the health “benefits” and adverse effects of vaping. All things considered, it is the safest, modern alternatives to smoking cigarettes, besides quitting altogether. There are a lot of scary sounding chemicals in e-cig vapor, but they’re present in tiny concentrations, far smaller than in tobacco smoke.